As you already know GPdotNET v4 tool consists of several modules which include:

With the latest release the GPdotNET has changed a lot. First of all, the initial idea about GPdotNET was to provide GP method in the application. And as the project grew lot of new implementations were included in the main project. This year I decided to make two different projects which can be seen as the natural evolution of GPdotNET v4.

The first project remain the same which follows the previous version and it is called GPdotNET v5. The project includes only GP related algorithm implementation which is developed for creating and training supervised ML problems (regression, binary and multi-class classification).

I am very prod to announce that the new version of GPdotNET will be released as two  different open source projects. 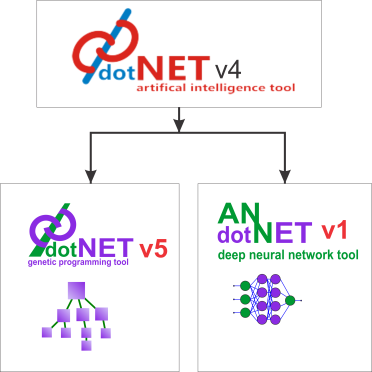 1 thought on “Announcement of GPdotNET v5 and ANNdotNET v1.0”